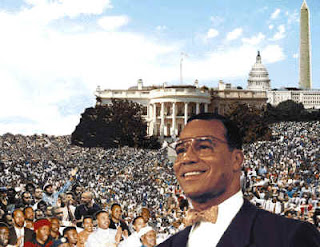 oh shit let me start again, like how the fuck do i even erase this shit?

i mean, if i'm getting my phd, then i sure as fuck know what i'm talking abot. about. is there a spel checker on this think thing>?

he's like, a black man? you thnk i havent slept with a black man? well fuck you, i have, like, you know, hate you fucking racists! i probably, like, aborted maybe five black kids and shit by now.

i told him, dad, when you go to a nursing home, i'm gonna kick your fucking wheelchair down the fucking stairs because U MAKE ME SO FUCKING ANGRIY!!! ha ha see if your president bush will help you then, you fucking war whore!!

ha ha i threw a used tampon at my mom because she don't, like,, join me at code pink protests? look who's got blood on thier fucking hands now!! i never throw out my used tampoons because, like, professor kurgman says that's bad for the enviroment>? dad got a used tampon in his fucking breakfast cereal! and then i put one up his fucking nose whikle he was asleep? like, fuck you mom and dad? youre WAR MONGERS!!!

so maybe i should try to get obama to fuck me? cool! he don't have no phd, so he ought to like me and shit! an i can talk like a blak wymen to him and shit!

and, like, his priest or minister or whoever that guy is? cool! he sticks it to the fucking white people! i hate white people so much!! they, like, made colonies and shit in, like, wherever? and they like make slaves out of black people like obama and his minister>?

i was, like, so happy when the black people flew the airplaines into the world trade center? that's showing who the slaves are now! fucking dick cheney! i hate him so fucking much!!!!!!!!!!!!!!! obama is gonna kick some ass! he is so, like, one of us?

if u don't like obama, then don't even speak to me...cuz u have nothing 2 tell me!! maybe i'll kick your white balls up your nose if you dis obama!

my mom and dad sooooooooo fucking owe me?